Do you remember what Bugs Bunny used to say every time he popped up out of the ground in a location he hadn’t planned to visit?

He’d say, “I must have made a wrong turn at Albuquerque.”

Well, by nearly all accounts, if you find yourself in Albuquerque you probably won’t make the same mistake Bugs did.

Simple. You won’t leave. At least, you won’t want to leave. 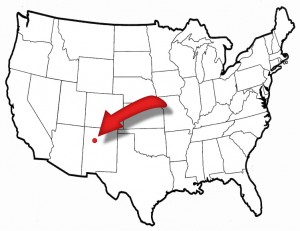 Albuquerque appears on numerous lists of the most desirable cities and top places to retire in the USA–and below are just a few of the many things Albuquerque has to offer seniors looking for an ideal retirement location:

US News has named Albuquerque one of its best places to retire in 2013 on an income of $40,000 a year or less. Catering to a large population of college students, young urban professionals, and people of all ages who have chosen to leave behind the higher pressures and higher costs they came to know in other locations around the country, Albuquerque is noted for having a lot to offer at a reasonable cost. US News reports that people over 60 pay on average just $657 for rental accommodations. The average house in Albuquerque, meanwhile, costs less than two-thirds of the median home price nationally. No doubt about it – you can really stretch your retirement dollar in Albuquerque.

You may not be aware that Albuquerque—still one of the better-known secrets to much of the country—has grown from a sleepy though trendy city to a thriving, bustling center of over 500,000 with a metro population nearing a million. If you’re from a larger city, you won’t have to downsize your interests or expectations if you decide to make a move to Albuquerque. Whatever you’re accustomed to elsewhere you’re likely to find in Albuquerque. Opportunities for higher learning, business opportunities, live theater, shopping, museums, big-name entertainment, and more … there aren’t many amenities you won’t find. Oh, yes, and US News reports that people 62 and older ride the bus in Albuquerque for just 35 cents, so you won’t have any trouble getting around to enjoy those amenities.