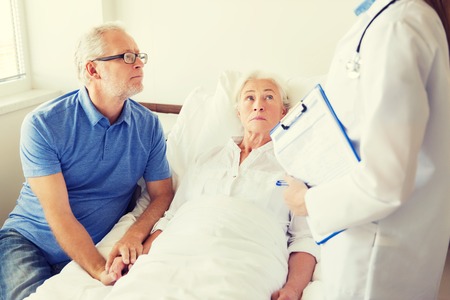 Countless seniors rely on Medicare to cover their healthcare needs in retirement. But contrary to what you may have been led to believe, Medicare isn’t free. In fact, if you’re not careful, you could end up spending far more on Medicare than what’s actually necessary, especially if you make one of the following errors.

Signing up late
Though Medicare coverage doesn’t kick in until you turn 65, your initial enrollment window for Medicare begins three months prior to the month in which you turn 65, and lasts for three months after that month. In other words, you get a seven-month window to sign up for Medicare, so pay attention to that deadline. If you fail to enroll during that initial window, your Part B premiums could increase by as much as 10% for every year-long period during which you were eligible for Medicare but didn’t sign up.

If you’re already collecting Social Security by the time your Medicare eligibility kicks in, you’ll most likely be enrolled automatically. But don’t make that assumption — verify that you’re signed up to avoid getting stuck paying more.

Keeping the same Part D plan year after year
Open enrollment for Medicare Part D, which covers prescription drugs, kicks off every year on October 15 and lasts until December 7. If you’re already on a Part D plan, you may be inclined to just stick with it as you did in the past, but not reviewing your Part D plan options is a move that could cost you. That’s because the price and associated coverage of Part D can vary from year to year. It could be, for example, that staying on your plan means paying a higher premium than necessary. Or, if you’ve changed medications over the course of the year, it could be that a different plan offers superior coverage. The point is that it pays to at least review your choices for Part D coverage before automatically enrolling in the same plan to avoid losing out on some savings.

Forgetting your free preventive care services
One benefit of Medicare is that it offers a wide range of preventive care services designed to help you get ahead of health issues. These include a free wellness visit once a year and screenings for conditions such as heart disease, depression, and certain cancers. It pays to take advantage of these services for two reasons — first, because it’s good for your health, but secondly, because nipping medical problems in the bud can save you money in the long run. Or, to put it another way, if you don’t address your health problems before they escalate, your associated costs could be significant.

Sticking to traditional Medicare
Though Medicare has its benefits, there are several drawbacks associated with it. For one thing, it doesn’t cover a number of common health services seniors typically require, like vision and dental care. Furthermore, with traditional Medicare, your out-of-pocket costs are virtually limitless. That’s why it pays to look into a Medicare Advantage plan instead. Though these plans aren’t the best choice for everyone, they generally offer the same level of coverage as traditional Medicare plus services such as vision and dental. And believe it or not, they can actually end up being less costly than regular Medicare — especially since they put a cap on annual out-of-pocket spending for enrollees.

Some Advantage plans even offer coverage overseas, which original Medicare does not. If you’re planning to spend a lot of time abroad, which is often the case for retirees, then you may be much better off opting for an Advantage plan.

Again, Medicare Advantage isn’t necessary right for everyone. But it pays to review your options and see if it makes sense for you.

If you’re like most retirees on a fixed income, you need every dollar you can hang onto. The more you read up on Medicare and understand its rules, the better positioned you’ll be to avoid errors that could cost you money you can’t afford to lose.
Original Article by Maurie Backman