Any way you look at it, Medicare is on the rise.

This, despite predictions of doom and gloom, and widespread expectations that Medicare funding will dry up before another generation can benefit from the program. 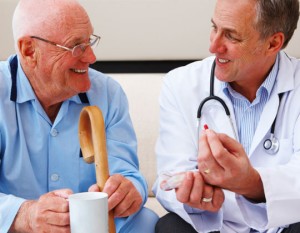 Americans 65 and older, comprising about 83% of Medicare recipients, constitute the fastest-growing demographic in the United States. As we pointed out in a recent post, US government figures covering the decade from 2010 to 2020 project an average annual increase of 1.44 million Americans aged 65 and over during that period, or an increase of about 14.4 million over the course of the decade.

Nearly all Americans 65 and over enroll in Medicare–which means the Medicare population in 2020 will be about 28 percent larger than it was in 2010.

There is another significant trend with regard to Medicare—and that is the steadily growing number of Medicare recipients who decide to enroll in Medicare supplement plans.

Why the increase in Medigap enrollment?

That much is easy. People nationwide recognize there are significant gaps in Original Medicare, and over 10 million Americans have decided to protect their finances by investing in Medicare supplement plans. Supplement insurance makes it easy to beef up coverage and budget healthcare costs, and typically results in tremendous savings.

What might result from the rise in Medigap enrollment?

Medicare was established in 1965 as a government-operated program. Some Medicare recipients depended on private insurance alongside Medicare, but for the most part older Americans depended on the government to provide their healthcare.

Over time, private companies came to play a role in Medicare, and by now there is a widespread belief that private companies are absolutely essential to Medicare. That certainly seems to be the belief shared by the 10 million-plus currently enrolled in Medigap plans.

Market forces are at play in the Medicare system. For example, as far as Medigap goes, premiums tend to rise with age, men tend to pay higher premiums than women, and so forth. Medigap enrollment rates vary widely from state to state. Rural and lower income people, surprisingly to some, have higher enrollment rates than urban, high income people. Insurance companies are analyzing all the data, and it will be interesting to see whether market forces come to play an even greater role in the Medicare program, or whether the government redoubles its effort to assert its authority over Medicare.

What do you make of the increase in Medigap enrollment? Please leave a comment!