Quotes as inspirational and impactful as FDR’s “The only thing we have to fear is …,” JFK’s “Ask not …,” and Lou Gehrig’s “I consider myself the luckiest man …” probably come around only a few times in a century, so it may seem a tall order to offer up 15 extraordinarily inspirational quotes from 2013. 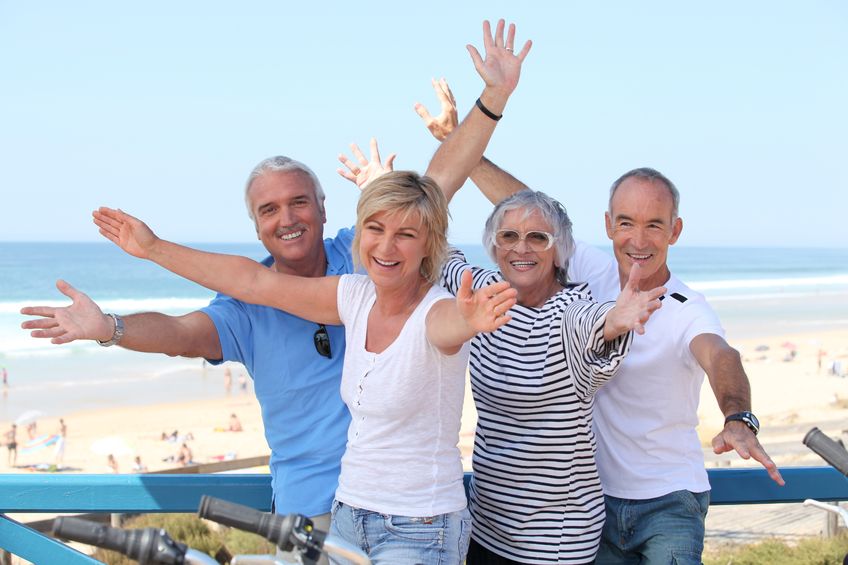 Only time will tell whether any of the following quotes will having lasting impact—and some are already rather obscure. Yet each is inspirational in its own way and bears repeating before 2013 fades further from memory.

In no particular order, here are 15 of the most inspirational quotes from 2013.

“You must act. Be courageous. Americans are counting on you.”

Giffords, a shooting victim three years ago, exhorted lawmakers to address violence in our society. Her courageous rehabilitation and consistently positive outlook have inspired many, including some who oppose stricter gun control—and her message to lawmakers can remind all of us to find the courage to offer our best to our fellow citizens.

“I don’t care if they like me. I didn’t come here to make friends. I don’t even care if they respect me. I know who I am. I’ve got enough respect for myself. I do not want them to beat me.”

Sixty-seven years after Jackie Robinson made history on a baseball field, his legend is larger than ever, and his determination continues to inspire Americans of all backgrounds.

“Whoever wrote that narrative can shove it where the sun don’t shine.”

Manning’s message reminds us that it’s what we think, not what others tell us, that ought to drive us. Manning’s comeback at age 36 from serious neck surgeries was just the prelude to two of the best seasons of his storied career—and all indications are he’s far from finished, regardless of weather conditions or this year’s Super Bowl loss.

This Pentagon statement illustrates America at its best. Although US military bases in Philippines were closed over two decades ago, the Philippine government requested assistance from the United States in the wake of a terrible disaster—and Americans were quick to respond.

“A wise man can learn more from his enemies than a fool from his friends.”

Rush is the latest movie directed by Ron Howard—whom you may know better as Opie from The Andy Griffith Show. Rush chronicles the real-life rivalry between two leading Formula One drivers of the 1970s, one of whom—at least in the movie—delivers a quote reminding us to make the most of even unpleasant opportunities, and reminding many of us that our most productive relationships are not always our most pleasant ones.

“Don’t you dare accept that you’re teachers because you can’t do anything else. You always hear that people who can’t do, teach. But if you don’t teach, they can’t do.”

Cosby delivered a heartfelt message to mainly young people set to embark on careers in education. His words are a reminder of the grueling work and countless hours many teachers put in for the sake of inspiring members of the new generation to reach their potential—and that should inspire us all.

“I am thinking about all the folks who worked that extra shift and took that extra job, and toiled and bled and prayed so that we could have something better.”

Similar to Cosby’s message, the First Lady’s words remind us that nearly everything we have is the result of what others before us have done. This quotation also reminds us that our efforts over the years—right up to present day—are destined to pave the way for our children, nieces, nephews, grandchildren, and even great-grandchildren … and what better inspiration can there be for everything we do?

“Be fully engaged. Be awake and alert and alive every minute of every waking day.”

Nyad, who had first attempted her record-breaking crossing 35 years earlier, failed on three more attempts before completing the Cuba-to-Florida crossing in September of last year—at age 63.

“If you see me in a fight with a bear, pray for the bear.”

Let’s hope Bryant’s words don’t inspire any of us to pick a fight with a bear. But his message of confidence ought to inspire anyone not to back down from a challenge. Bryant, with a resume including five NBA championships, is currently sidelined due to knee trouble, but his history and outlook strongly suggest his days of domination on the court are far from over.

“I can tell my children that they don’t need to fear they will lose me to cancer. … I do not feel any less of a woman. I feel empowered that I made a strong choice that in no way diminishes my femininity.”

Not only did Jolie reassure her children by undergoing preventive surgery, but her openness about the surgery and sharing of personal details also helped inspire other woman facing similar health concerns. Jolie said last year after her surgery: “I’ve been very happy just to see the discussion about women’s health expanded, and that means the world to me. And after losing my mom to these issues, I am very grateful for it.”

“One child, one teacher, one book, and one pen can change the world.”

Chances are Bill Cosby would agree. … Shot point blank in the head in 2012 at age 15 for insisting on her right—and the right of other girls—to an education in her native Pakistan, Yousafzai underwent a difficult rehabilitation while sticking openly to her belief in the right of every girl to an education. Largely through her blogging and other writing, she had been an inspiration to many prior to her shooting, but since then, people around the world have been inspired by her unbroken spirit and continued insistence on the right of every girl to an education.

Ortiz spoke for thousands of Bostonians—and Americans everywhere—when he insisted he and others would not cower to senseless violence. Boston and the nation were stunned by events during the 2013 Boston Marathon, but Ortiz helped inspire many people to move forward following the tragedy.

“You’ll know who you are when you start losing things.”

I’ll admit this is a book I haven’t read—yet this quote rings as true as anything else I heard or came across in 2013. Most of us have lives full of clutter, and it’s easy to get weighed down or distracted by a lot of things that don’t really matter. Silver’s words remind us that it’s not our excess baggage that’s important and that our true selves are in no way defined by our things.

Speaking of things, I notice I’ve been losing a lot of them in recent months—misplacing keys, reading glasses, and just about everything else that isn’t tied down. In other words, I’ve really been getting to know who I am.

“That’s our show. Not a lot of people watched it but the joke’s on you, because we got paid anyway.”

I never watched 30 Rock, but a farewell message like this may be enough to inspire me and many others to look for DVDs or reruns—even though I’m not completely sure why.

“I’m prepared to enact reforms that will achieve the same amount of health care savings by the beginning of the next decade as the reforms proposed by the bipartisan Simpson-Bowles Commission.”

We won’t delve into details here or discuss whether or not the President has followed up in a manner as to inspire confidence in the Medicare program among 50 million-plus recipients. However, it is clear that shortfalls in Original Medicare are inspiring a fast-growing number of Americans to wisely invest in Medicare supplement plans.

Is there any other quote from 2013 that you’ve found inspiring? Please leave a comment!