Federal officials have recommended that nursing home staff and residents avoid contact with relatives during the holidays. 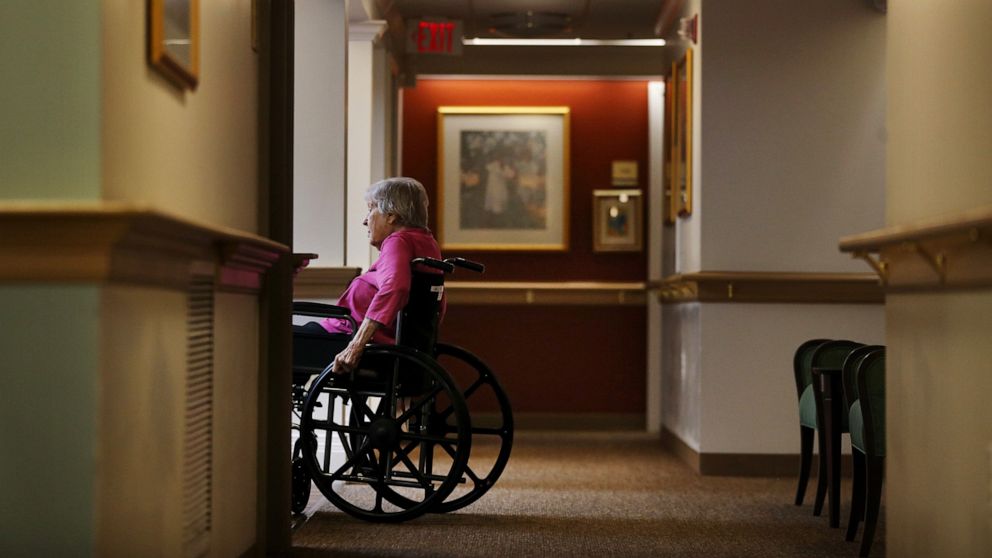 As coronavirus rates surge across the nation, the Trump administration issued new recommendations this week urging residents and staff of nursing homes to avoid contact with relatives during the upcoming holiday season– a dark reminder of the threat now bearing down on seniors in congregate settings.

The guidance comes as nursing homes grapple with the renewed challenge of infected staff members. One of the nation’s largest providers, ProMedica Senior Care, which operates 222 nursing homes around the country, has seen the virus’s dramatic onset. Since the beginning of the pandemic, the company’s 30,000 senior care staffers have recorded 2,000 positive tests. But 600 of those have come in the past two weeks.

“We’re all afraid as employees to be “patient zero,” said Katy Tenner, a dietician at a ProMedica nursing home in Sacramento, California. “Knowing what we know about what it can do if it gets into a nursing home. None of us wants to be that person.”

Nursing facilities are home to some of the populations’ most vulnerable to COVID-19– the elderly and sick. Since the start of the pandemic through Nov. 18, nearly 94,000 people have died in those facilities, according to an ABC News analysis of state data– representing about 37% of all deaths nationwide. Approximately 1.4 million people living in nursing care in the U.S.

The COVID Tracking Project, run by The Atlantic, reported this week that nursing homes infections rose 17% during the week ending Nov. 17, the sharpest national increase they had seen since May.

And state-by-state data reviewed by ABC News shows the virus is consistently finding its way into nursing facilities. In at least 16 states, nursing homes currently account for more than half of all COVID deaths. Senior care settings now accounting for 70% of fatalities in New Hampshire and Rhode Island.

There is another dimension to the pandemic that may not be as visible– the pain of months of isolation that residents have experienced with visitors forbidden in many cases, making the new federal recommendations all the more daunting.

“We understand the emotional impact that separation from loved ones has cased,” wrote Seema Verma, the federal administrator who regulates nursing homes. “With the potential for a safe and effective vaccine on the immediate horizon, extra precautions now are essential to protect nursing home residents until a vaccine becomes available.”

At the John Knox Village Care Center, an independent 430-bed nursing facility located in a Kansas City suburb, evidence coronavirus cases were spiking started surfacing six weeks ago. Rodney McBride, the facility’s vice president of health service, said he believes that a patient who was traveling for daily dialysis treatments may have caught the virus and carried it back inside.

The home now has 30 active cases, and 20 residents have died of the virus since early October. McBride told ABC News that after an initial fatal outbreak in March, the facility installed an air scrubber and ultraviolet lights and used grant money to buy special equipment to disinfect rooms.

“We have done everything we can,” McBride said. “But the virus is quick and it made its way into our facility.”

Dr. Mark Gloth, the chief medical officer for ProMedica Senior Care, said he believes nursing facilities are far better prepared to weather a second wave of the virus than they were in February and March.

“Back then, we were just learning that this could be spread from asymptomatic individuals. We were strictly going on symptoms,” Gloth said.

Now, the company says it is testing all residents and staff as frequently as twice each week.

“Testing of our employees is the critical piece,” he said. “When we identify an index case, we can go and test the entire facility. That gives us the ability to very quickly make the determination on how we are isolating individuals.”

Gloth said he is encouraged that he has not seen death rates going up as fast as they did earlier in the year– even though the caseload is clearly rising quickly. At the peak, 36% of those who became infected were dying. Now, he said, the number is holding level at about 5%.

Richard Mollot, executive director of the Long Term Care Community Coalition, which advocates for nursing home residents, told ABC News he remains deeply concerned that many nursing homes are still not taking needed steps to protect residents. Specifically, he is concerned about low staffing levels might leave facilities unprepared for this wave of new cases. The sad reality, he said, is that “the death rate and the case rate in [these] facilities is still many, many times higher than the general population.”

Mollot said the new guidelines from the Centers for Medicare and Medicaid Services, urging nursing home residents to pass up on family gatherings during the holidays has been a tough message to accept, we even though he knows there are “no easy answers or decisions.”

“It’s been eight months since some people have had any visitors, any human contact,” Mollot said. “People dying of loneliness is actually happening.”

At the John Knox Village Care Center, McBride, the facility’s vice president, said residents feel the sting of isolation and the yearning to “go back to the way that it used to be.”

“It’s getting old for them. Not being able to see their family is really hard on them,” he said. “But our group, they understand. They have been really good during this time.”