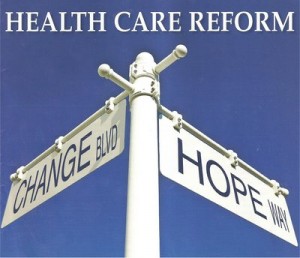 What Trumpcare does
The American Health Care Act (AHCA) does away with requirement that all Americans buy health insurance. It ends the federal subsidies that reduced health insurance premiums for people purchasing plans through the Obamacare health insurance marketplaces, and it gets rid of the federal cost-sharing payments that low-income Americans used to help pay for healthcare that insurance didn’t cover, such as co-pays.
Instead, Trumpcare creates a system of tax credits that people can use to lower the cost of health insurance they purchase on the open market. The amount of the Trumpcare tax credit depends on age, but it ranges between $2,000 and $4,000 per person, with a cap of $14,000 per family. These tax credits begin phasing out at $75,000 in modified adjusted gross income for singles and $150,000 in modified adjusted gross income for households.

Trumpcare allows states to waive requirements that insurers cover essential health benefits, such as annual physicals. It also changes the amount that insurers can charge older people for health insurance relative to younger people. Under Obamacare, health insurance premiums can be three times higher for older Americans than younger Americans, and under Trumpcare, premiums can be up to five times more expensive.

It also returns to insurers the right to charge people with pre-existing conditions more than healthy people, as long as states create high-risk insurance pools.

In addition, Trumpcare increases how much money people can contribute to health savings accounts (HSAs) so that they can pay for more of their healthcare costs tax-free. Under Trumpcare, HSA contributions can be used to pay premiums; out-of-pocket costs, including co-pays; and over-the-counter medicines.

Furthermore, it caps enrollment in Medicaid expansion states in 2020 and shifts Medicaid to a block grant-style system thereafter. Currently, 32 states, including D.C., have expanded Medicaid eligibility criteria because of Obamacare.

When will these changes take place?
Trumpcare has passed a big hurdle in the House, but obstacles remain in the Senate that could derail it.

Specifically, Republicans’ majority in the Senate is slimmer than it is in the House, and many Republican Senators from states that expanded Medicaid object to changes to Medicaid funding. Also, a lot of lobbying firepower is lining up against specific aspects of Trumpcare, and that could mean changes to its other provisions. For instance, the AARP is lobbying against changes to how insurers price plans that are sold to older Americans.

Overall, since the Senate hasn’t weighed in on Trumpcare yet, it’s anyone’s guess when you might be able to buy a Trumpcare-style health insurance plan.