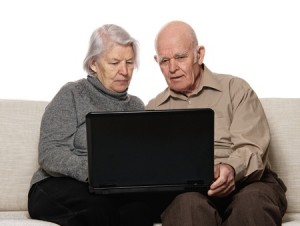 As you’re probably aware, the Social Security system isn’t in the best financial health itself. Demographic shifts that include the mass retirement of baby boomers and the lengthening of life expectancy — two shifts the founding fathers of Social Security could not have predicted — are weighing on the program.

Based on the latest analysis by the Social Security Board of Trustees, the program will begin paying out more in benefits than it receives in revenue by the year 2020, which will ultimately lead Social Security to exhaust its more than $2.8 trillion in spare cash by 2034. Should this happen, Social Security will continue on, but benefits may need to be slashed by as much as 21% across the board. That’s not a scenario current and future retirees are looking forward to.

Now all eyes are on President-elect Donald Trump to understand what he might do to tackle Social Security’s apparent budgetary shortfall.

During his campaign, Trump suggested that he would take a very hands-off approach with America’s most important retirement program. Trump merely affirmed that it was the federal government’s job to ensure that the promise made to retired workers is kept.

Rather than fixing Social Security by tinkering with the inner workings of the program itself, Trump’s Social Security “plan” revolves around strengthening the American economy. A stronger economy that leads to wage growth and job creation would presumably lead to higher payroll taxes being collected. Payroll tax accounts for the lion’s share of annual revenue collected for Social Security, with interest from its spare cash and taxation of benefits taking a distant backseat. If Trump’s vision comes true, then Social Security’s budgetary shortfall could be ebbed.

This aforementioned “vision” involves cutting and simplifying the individual income tax brackets, cutting the corporate income tax rate to 15% from 35%, spending roughly $1 trillion on infrastructure over the next decade, and making America energy-independent. The idea is that if businesses have more capital to work with, they’ll reinvest and hire more; and if consumers have more money in their wallets, they’ll be more likely to power our consumption-driven economy.

Three Social Security compromises Trump may have to make

Of course, Trump’s vision comes with a lot of question marks. If his economic plans fail to hit the mark, then Social Security may not be in any better shape than it is now. Also, Trump and numerous members of his own party haven’t seen eye to eye this election season. This leaves the door open for Trump and Congress to potentially compromise on solutions for Social Security.

Here are three possible compromises Trump could make with Congress while in the Oval Office.

Though Trump was adamant during his campaign that he wouldn’t consider raising the full retirement age, or FRA, increasing the FRA to factor in longer life expectancies has been a common suggestion of Republican lawmakers for quite some time. In fact, both Chris Christie and Jeb Bush campaigned on the idea of increasing the FRA to between 68 and 70 years of age during their recent presidential runs.

Your FRA is a dynamic number that’s determined by your birth year. It’s also the point at which you become entitled to receive 100% of your Social Security benefit. If you sign up for benefits prior to hitting your FRA, your benefit could be reduced by as much as 25% to 30%. Conversely, waiting until age 70 — at which point your benefits max out — to enroll could mean a 24% to 32% raise over what you would have receive at your full retirement age.

If Trump and Congress push through an increase to the full retirement age, then it would mean Social Security recipients get less of a benefit increase by waiting until age 70 — and a considerably larger reduction by taking benefits early at age 62. On the flip side, it could encourage seniors to work longer (thus adding a little extra payroll tax revenue to the mix) and hold off on filing for benefits so early.

The downside? Retirees who are in poor health and those who don’t have a means of getting a job could still be forced to enroll early, thus accepting a big cut in benefits from what they would have received had they been able to take benefits at their FRA.

The idea behind privatization is simple: Allow Americans the opportunity to gain access to a fixed percentage of their future benefits that they can invest however they’d like. The more than $2.8 trillion in spare cash in the Trust right now is predominantly invested in special-issue bonds and, to a much smaller extent, certificates of indebtedness. These bonds and certificates are yielding between 1.375% and 5.625%, but the vast majority of the high-yielding bonds will be going away within the next couple of years (a function of the Federal Reserve pegging the federal funds target near historic lows for the past eight years). In other words, the Trust isn’t on track to earn a whole lot on its spare cash. Therefore, giving Americans the opportunity to invest a percentage of their benefits more aggressively could be beneficial.

Finally, Trump and Congress may decide to implement a sort of means testing for benefits.

Means testing is targeted at well-to-do individuals and would be designed to reduce or deny benefits to wealthier individuals who simply wouldn’t need it. During his campaign, Trump opined that he’d be willing to forgo his Social Security benefits and suggested that other wealthy individuals should do the same.

Means testing would be a potentially interesting compromise because it’s liable to have a lot of public support. As we saw with the Gallup poll above, nearly nine in 10 Americans relies on Social Security to help make ends meet each month, meaning roughly one in 10 could probably forgo their payment and be no worse for the wear. Since it would affect so few people, means-testing for benefits would probably gain support among Democratic lawmakers, as well as a majority of the public.

The downside of means testing is that it wouldn’t do much to mitigate Social Security’s budgetary shortfall. Don’t get me wrong: Anything is better than nothing when seniors could be staring down a 21% cut to their benefits. But Trump would need to do a lot more than coerce wealthy individuals to give up their Social Security benefits to fix America’s most important social program.

Once again, this is mere speculation at this point, as Trump has suggested that he has no plans to alter Social Security. However, compromise has been the name of the game with every president that I can recall, making Social Security reform a real possibility with Trump as president.