A detailed review of how Medicare’s prescription-drug benefit works.

Millions of Medicare participants currently rely on Part D to help them pay for prescription drugs. However, it can be difficult to understand all the elements associated with this program, since it operates slightly different from most other parts of Medicare. Still, it’s important for all current and future recipients to know what Part D will cover and how much it cost. 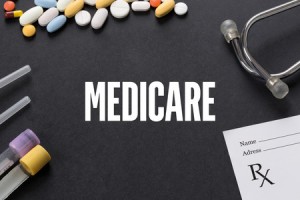 Understanding what drugs Part D covers is tricky, because accessing this benefit requires all patients to go through a private insurer. As such, each Part D plan provider has its own unique list of covered drugs, which Medicare refers to as a plan’s formulary.

It is common for Part D providers to break out the groups of drugs that they cover into “tiers” that have different costs. Drugs in the lowest tier will typically have a lower co-payment or co-insurance costs than drugs from a higher tier. However, if a healthcare provider wants you to take a drug that’s on a higher tier, then it’s possible to be granted an exception.

While a plan’s formulary generally remains consistent throughout the year, it is possible for a plan to change its coverage midyear so long as it follows Medicare’s rules. Those rules require all affected patients to be given at least 60 days’ notice before any change becomes effective. In addition, the plan must honor a refill request and offer the patients a 60-day supply of the drug under the same plan rules as before the change.

If you’re interested in finding out what drugs the available plans in your area cover, Medicare has created a great plan finder tool that can help you search through your choices.

Unlike other Medicare programs, the cost of accessing Part D benefits can vary wildly from person to person. A recipient’s actual expenses will change based on the drugs that he or she uses, the plan chosen, the pharmacy used, and whether the person qualifies for Medicare’s Extra Help feature. That’s because Part D plans get to dictate the terms of the policies they offer. However, there are some common attributes that apply to all Part D plans.

First off, most patients (but not all) pay a monthly premium to access Part D benefits, and that premium increases along with an individuals’ income. Here’s a table that can help you figure out whether you’ll pay a higher premium in 2017.

Once a patient’s annual deductible is reached (if the patient has one), he or she typically also has to pay either a copayment or coinsurance for each prescription. A copayment is usually charged as a fixed dollar amount, while coinsurance means that the patient pays a percentage of the cost of the drug.Another commonality is that many (but not all) Part D plans charge an annual deductible before coverage kicks in. While the actual deductible will vary from plan to plan, Medicare does dictate that the maximum deductible that can be set in 2017 is $400.

Medicare Part D also includes a “catastrophic coverage” provision. Once a patient’s annual out-of-pocket costs have reached $4,950 in 2017, he or she will pay only a small coinsurance amount or copayment for all covered drugs for the remainder of the year.

Finally, Medicare also offers low-income Part D patients with an Extra Help feature that can assist in lowering their costs even further. Patients who qualify will pay no more than $3.30 for each generic drug or $8.25 for each brand-name covered drug.

Since its launch in 2006, Medicare Part D has helped tens of millions of patients lower their prescription-drug costs. That makes it vital to stay informed so you can pick a plan that best fits your needs.