Even when conditions seem ideal for a flu outbreak across the United States, as was the case this winter, there are tips that can be followed to minimize the chance of getting infected—or at least reduce the severity of symptoms. 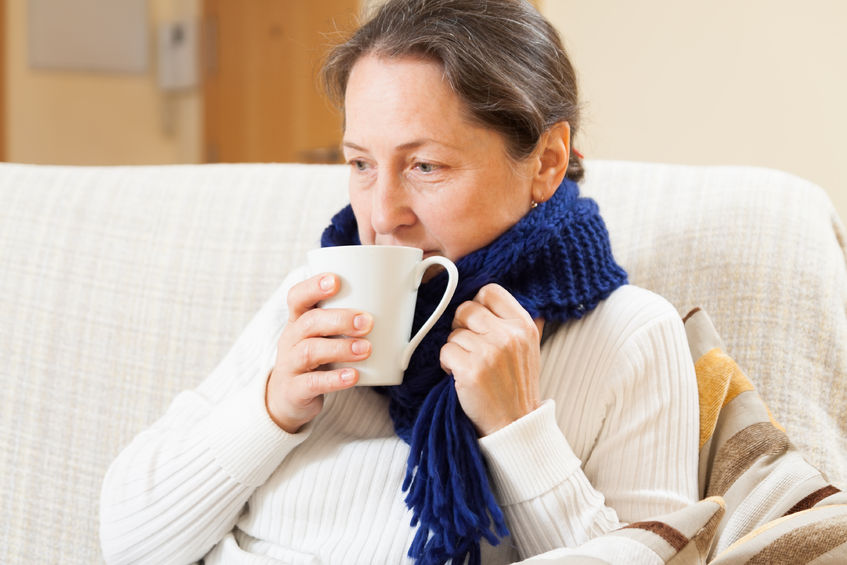 What was so special about this winter? Some experts blame the severity of this year’s influenza outbreak on the polar vortex—a low-pressure, Arctic condition that sometimes breaks off and heads for more southern locations. This winter, part of the polar vortex broke off and headed for the northern US. There, it combined with other conditions to result in plunging temperatures across much of the country—the sort of changeable conditions often associated with outbreaks of infectious diseases.

Places where you would expect outbreaks of influenza do not always correspond with wintry conditions. Among the hardest-hit states in recent weeks was Hawaii. Oklahoma has also been hit hard by flu this year, along with Texas, where all four seasons sometimes seem to appear in a single week. Alaskans, meanwhile, have gotten off fairly well this flu season.

Most of us have a general knowledge of just how contagious the flu generally is. Because it can hit most members of a group in short order, it is important to be aware of risks and to act accordingly. Being aware of the causes of flu and colds, the best measures for prevention, and affordable solutions when flu hits are part of the preparation everyone should undergo annually. This is especially important for high-risk individuals.

More than 200,000 Americans are hospitalized annually with the flu, and about 36,000 die from flu-related causes. People over 55 and especially people of Medicare age are at elevated risk and need to be on their toes throughout flu season, normally from about October to March. December through March are the months with the vast majority of flu cases, with February most often being the worst month of flu season.

While influenza symptoms and common cold symptoms are often similar—with both often characterized by fever, coughing, and sore throat—flu symptoms often develop more quickly. And most of us are familiar with the aches and pains often associated with flu.

Most people recover from flu within a week or two without any need for medical intervention. The CDC (Centers for Disease Control) reports, however, that possible complications of flu include pneumonia, bronchitis, and sinus and ear infections. Flu can also make chronic conditions—including asthma, diabetes, and heart disease—worse. While children over 5 and adults not yet past their mid-50s normally do not need to see a doctor if they take adequate precautions, members of the Medicare population are usually advised to seek medical advice when symptoms of flu become apparent. In other words, when to see a doctor about the flu is often determined by age as much as by severity of symptoms.

To underscore the importance of Medicare recipients’ seeking medical advice during flu season, the CDC points out that about 90 percent of flu-related deaths annually in the United States are among people 65 and over. In more general terms, children under 5 and adults over 55 are at higher risk than the rest of the population. Make no mistake about it: The flu can be a cause of death for higher-risk people who are not prepared.

Some of the tips that follow should be no secret—and many are consistent with tips associated with good general health. A diet to reduce risk of flu and colds, for example, is similar to an overall healthy diet. And chances are you’ve come across many of the following tips at one time or another. Yet, with flu taking such a toll annually in the United States, they bear repeating.

And a few final tips to consider:

Between the end of this flu season and the start of the next one, there is much you can do to get ready. Obvious steps to consider include some of the tips we’ve offered here, such as eating well and getting sufficient exercise and rest. While there is no known cure for flu, it is important to prepare for any flu season by taking advantage of the Medicare services available to you, starting with your annual wellness visit.

From there, your doctor can make any suggestions—made affordable by your Medicare supplement insurance—to ensure you’ll be ready when flu season rolls around. Medigap Plan F, as we’ve often discussed, is just the ticket for ensuring you won’t have to pay out of pocket for any number of doctor visits or preventive measures your doctor says you need.