Without a doubt, the Affordable Care Act (ACA) is radically changing the face of the healthcare system in the United States. 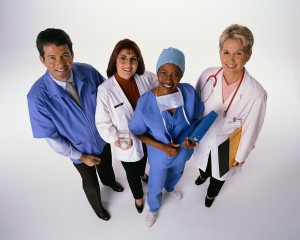 But perhaps the most widely-impacting provision of the ACA is the one requiring most Americans to have health insurance by 2014. Pres. Obama himself has stated that the ACA is designed to create an all-inclusive healthcare system. While some observers question whether this should be a goal of government, supporters of the ACA argue that preventing insurance companies from denying higher-risk individuals and groups the right to purchase insurance, and denying insurers the right to raise premiums as policyholders age, will help millions of currently uninsured Americans get healthcare coverage by January of next year, when the requirement takes effect.

The ACA will require companies having more than 50 employees to make health insurance available to their workers by the start of next year. Currently, many uninsured Americans are employed, and it is believed that requiring employers to provide health coverage at reasonable cost will greatly reduce the number of uninsured in the USA.

Under the Act, individuals opting to remain uninsured despite increased availability of insurance coverage will be required to pay a penalty. Although there will be exceptions for people of low income and members of certain religious affiliations, Americans of all ages will be held to provisions of the Act. There are no provisions at present regarding eligibility for Medicare, but eligibility for Medicaid is to be expanded under the Act, though there is a possibility that some states will not go along with the expansion.

Although the ACA is designed to reduce the number of uninsured Americans by making private health insurance more widely accessible, many observers remain concerned that the cost of health coverage will remain prohibitive for millions of people. As a result, healthcare.gov has announced, “When key parts of the health care law take effect in 2014, there’ll be a new way for individuals, families and small businesses to get health insurance.”

It’s possible you’ve heard about the Health Insurance Marketplace, but what exactly is it? 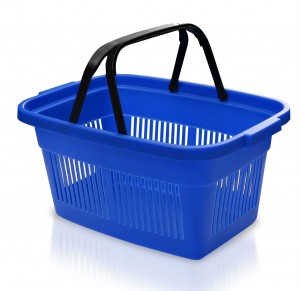 Established by the Affordable Care Act, the Health Insurance Marketplace, as described by healthcare.gov, is “an online shopping site, where you shop for health insurance that fits you, with low-cost and even zero premium plans for those whose income qualifies.” Healthcare.gov continues: “The Marketplace is designed to help you find health insurance that fits your budget, with less hassle.”

According to the National Conference of State Legislatures (NCSL), “the 2010 Affordable Care Act (ACA) gives states the option to establish one or more state or regional exchanges, partner with the federal government to run the exchange, or to merge with other state exchanges.” The result is that every state will have an active Health Exchange by January of 2014, the month when most Americans will be required by the ACA to have health insurance.

According to NCSL, “if a state chooses not to create an exchange, the federal government will set up the exchange(s) in the state, leaving the state with an option to transition to a state exchange if they decide do so after 2014.”

States planning to run their own exchanges are required to have prior approval from the US Dept. of Health and Human Services (HHS). Such states had until Dec. 12, 2012, to declare their intent to run exchanges, and of the 19 states that applied for HHS approval to administer their own programs, 18 received the approval needed to proceed with their plans for state-run Health Exchanges. In some of these states, however, political considerations or other obstacles have intervened to make the state-run exchange option unlikely.

States planning to pursue the state-federal partnership option for the Health Insurance Marketplace were required to declare their intent and submit a partnership plan to HHS by February 15 of this year. Seven states made declarations and submitted plans by the deadline. States partnering with the federal government in 2014 will have the option of switching to entirely state-run exchanges in later years.

According to NCSL, every state that has not declared its intent to administer a state-run exchange or to pursue the state-federal partnership option “will default to the federally facilitated exchange.”

To learn where your state appears to be headed with regard to meeting its Health Marketplace obligations, visit the NCLS website and click your state on the map.

Regardless of the nature of the exchange to be implemented in your state, all exchanges must be active by January of 2014. Enrollment, meanwhile, will begin on Oct. 1 of this year.

One thought on “What is this Health Insurance Marketplace?”