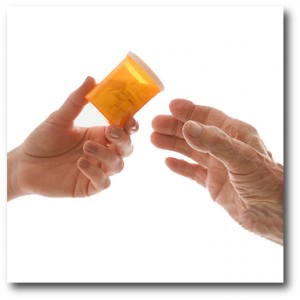 Currently, Part D recipients enter an initial coverage period after their deductible is met. During this initial coverage phase, the recipient’s prescription drug plan pays its share for each covered drug until the combined amount, including the deductible, reaches $2,930.

According to NPR, the ACA is set to reduce the amount of money that Medicare drug plans can charge individuals for drugs when their coverage lapses in the donut hole. NPR reports that such price reductions have already saved Medicare consumers billions of dollars in drug costs.

Some commentators suggest that, while increasing the Medicare eligibility age to 67 may force many 65- and 66-year-olds through unwanted transitions, the benefits of an eligibility age increase to the Medicare program itself are too obvious to ignore. According to the Social Security Administration at ssa.gov, a rise in the Medicare eligibility age will pay dividends to the tune of “a 4.3 percent ($23.2 billion) reduction in Medicare expenditures by 2022.” Reacting to figures such as these, the Heritage Foundation’s Stuart Butler, Ph.D., making his case on the AARP’s website, argues that raising the Medicare age would be a good move “given the budget problems we face and the fact that Americans are living longer.”

The increasing longevity of Americans is a factor many proponents of raising the Medicare age point out. According to Butler, “with more Americans living longer, and health spending on older people rising, we just can’t afford Medicare at 65.” Suggesting a rise to at least age 67 over the next ten to fifteen years, Butler continues, “If we raised the Medicare eligibility age in this way, it would reduce Medicare’s costs by about 5 percent over the next 20 years.”

One thought on “The Medicare Eligibility Age Debate Rages On”