With the American economy having seen better days, many observers and policy-makers are looking at possible cuts in Medicare to help keep federal costs from getting too far out of control. 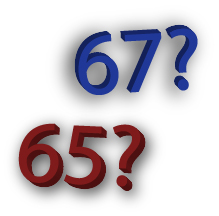 The impetus behind calls for raising the Medicare age rests in the notion that it will save money and help keep government and healthcare costs in check. But is that what will really happen if Medicare eligibility is delayed until 67?

It depends who you ask. But there seems to be general agreement that, whether or not raising the Medicare age is advisable overall, it will result in reduced expenditures directly related to Medicare. According to Medicare Advocacy, Inc., which takes a stand against raising the Medicare age, “in 2014 alone, a full raise in the eligibility age would save $15.7 billion for the federal government.” Projecting further, Medicare Advocacy, Inc. reports that “the Congressional Budget Office estimates that the federal government would save $148 billion over the next ten years.”

With figures like these to back them up, some leading members of the Republican party, including 2012 Vice Presidential candidate Paul Ryan, have come out in favor of raising the Medicare age to 67. Some elected members of the Democratic party have at least considered doing likewise, although FoxNews.com reports that White House Press Secretary Jay Carney has declared, “The president has made clear that we don’t believe that that’s the right policy to take.”

The Obama approach to healthcare reform has involved implementing provisions of the Affordable Care Act (ACA), which has the potential of changing the healthcare landscape in America. As far as Medicare is concerned, the ACA emphasizes the importance of preventive care, and millions of Medicare users have received free preventive health services since the ACA was rolled out last year. Some of these services were received by Medicare recipients at home instead of in institutional settings.

One thought on “The Medicare Eligibility Age Debate Rages On”