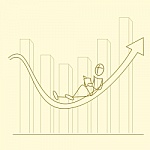 According to Time, the Avalere report is “a reality check on the Obama administration’s upbeat pronouncements. Back in August,” Time says, “officials had announced that the average premium for basic prescription drug coverage will stay the same in 2013, at $30 a month.”

Among rate hikes scheduled for 2013, according to Avalere:

Subscribers to SilverScript Basic are looking at an 8 percent increase, while WellCare Classic, according to Avalere, is scheduled to raise premiums by 3 percent.

Avalere reports that alternatives are available to seniors wary of paying more for their prescription drug coverage in 2013. Cost-conscious seniors  may be attracted to UnitedHealth’s new Medicare Rx Saver Plus PDP, which is offering premiums as low as about $15 a month, which Time reports is nearly 20 percent lower than Humana Walmart Plan premiums will cost in 2013. Other low-cost options will be available, according to Avalere, which predicts that half of the top 10 PDPs, including the First Health Part D Premier plan, will lose eligibility in select regions to retain or receive low-income subsidy (LIS) beneficiaries.

According to Avalere, PDP premium increases are expected to average 6% from 2012 to 2013. Time, however, reports that “when the projections are tweaked to account for seniors switching to lower-cost coverage, premiums for 2013 are likely to remain steady.”

All of this underscores the importance of shopping the market during this year’s Medicare Open Enrollment Period, which is just around the corner. In the words of Avalere Health’s senior vice president Bonnie Washington, “Seniors need to carefully assess their options going into this open season to ensure that they have a plan that meets their needs.”

MedicareMall couldn’t agree more. Open Enrollment is the time to make important decisions about your healthcare.  If you’d like to learn more about PDPs, Medicare supplement insurance, or Medicare Advantage plans, why not give MedicareMall a call and let us help you make the best decisions possible?

Are you concerned about PDP premium increases? Leave a comment telling us what you think!